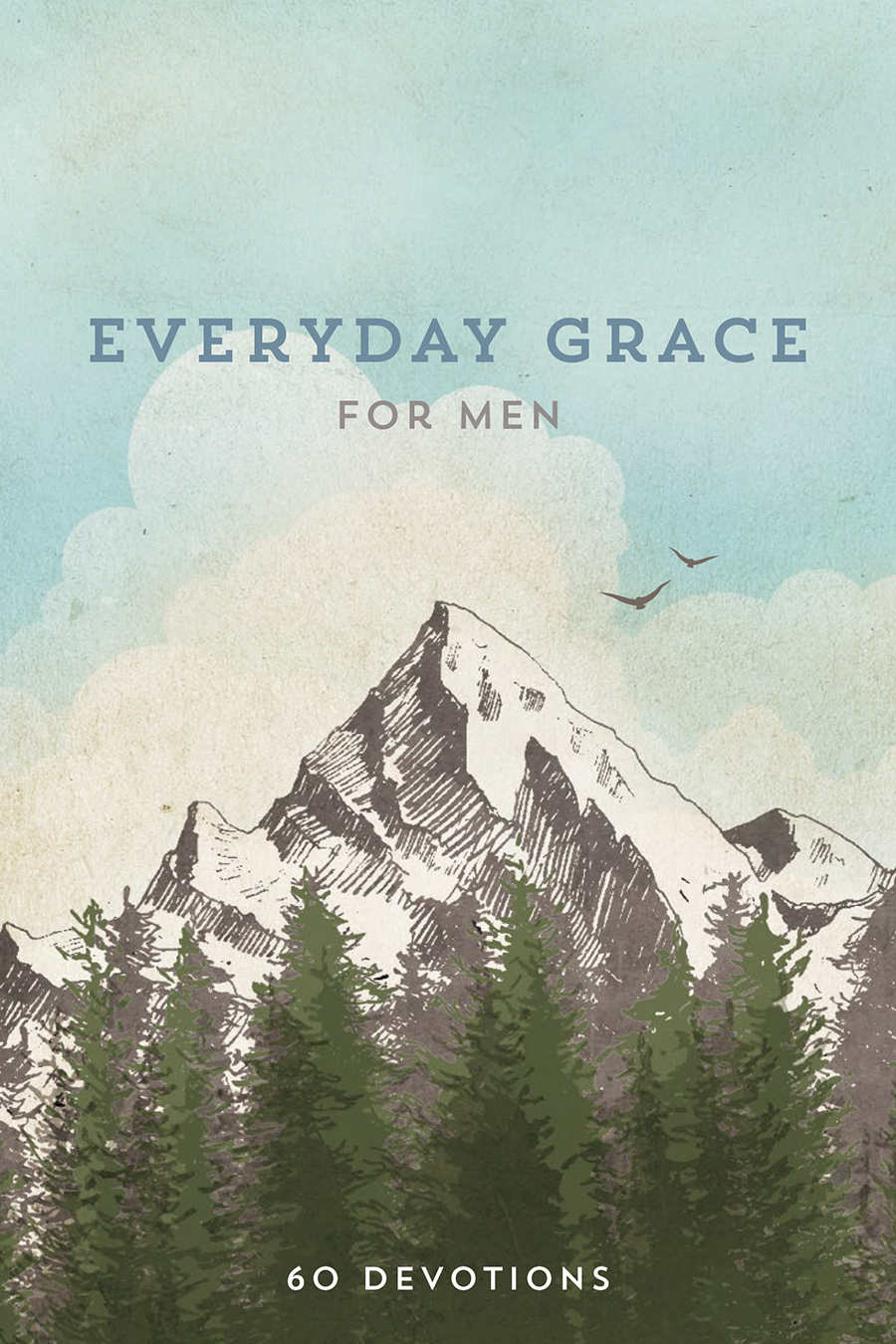 Fish over an open fire…delicious! Jesus is sitting on the beach: “Come and have breakfast.” (Jn. 21:12-ESV)  Looks mighty good.

Fish were created to do what? Do fish complain? Do they worry about tomorrow? Do they grumble about their predicaments? Do they disobey what God purposed for them?

Fish do exactly what God purposed them to do and fully engaged. They depend upon God for all provisions. All animals in creation do what they are purposed to do.

Man is the only purposed creation of God who was given a will. He can rebel against God, ruling forces (government, jobs, etc.), mates and partners, and children against parents. We do as we want.

Peter do you love me like these fish? Do you do exactly what I purposed for you to do in life? The way to an abundant life is to know what we are created to do. Do you love Me more than these? And the fish said, “Amen!”

On My Father’s Business,

Imagine the results when the light comes up and lights our day. In winter it is a joy to finally see the light. When the sun goes down, we are plunged into darkness. Without light we could not even walk down the street with

ease for fear of stumbling, or running into something.

I was driving down the street and a man was standing in the middle of the road, dark clothes on, and I did not even see him and had to swerve out of his way, so as not to hit him. I had my lights on but I could not see clearly. If I had hit him he would not have caught his bus.

The Moon does not create light, it only reflects the light from another, THE SUN!

This is the way in which God keeps revealing to us what He purposes for our lives.

On My Father’s business,

… But there was another letter that came from a little girl, a young girl who was a student at the White Plains High School. And I looked at that letter, and I’ll never forget it. It said simply,

‘Dear Dr. King,   I am a ninth-grade student at the White Plains High School.’

And she said,  ‘While it should not matter, I would like to mention that I’m a white girl. I read in the paper of your misfortune, and of your suffering. And I read that if you had sneezed, you would have died. And I’m simply writing you to say that I’m so happy that you didn’t sneeze.’…

I’m so happy that I didn’t sneeze.

Well, I don’t know what will happen now. We’ve got some difficult days ahead. But it really doesn’t matter with me now, because I’ve been to the mountaintop.  And I don’t mind.

Like anybody, I would like to live a long life. Longevity has its place. But I’m not concerned about that now. I just want to do God’s will. And He’s allowed me to go up to the mountain. And I’ve looked over. And I’ve seen the Promised Land. I may not get there with you. But I want you to know tonight, that we, as a people, will get to the promised land.

And so I’m happy, tonight.  I’m not worried about anything.  I’m not fearing any man!

Mine eyes have seen the glory of the coming of the Lord!”

Much TO DO about women in our society in recent months. You may have heard.

DOES IT WARRANT ALL THE ATTENTION?

The Christmas season was just recent, and I read with interest the significant genealogy of Jesus, the Son of God. The ancestors of Jesus listed in Matthew 1:1-17 include FIVE women:

WOMEN WERE VERY SIGNIFICANT IN THE LINEAGE OF JESUS AND SIGNIFICANT TO THE WORK OF GOD IN LIFE.

God sees women as equal to men in many ways, and yet God also exposes us to the significant differences and strengths that women have which men do not have.

So God created man in His own image…in the image of God…male and female… Genesis 1:27

The Lord God said, It is not good that man should be alone… Genesis 2:18

So alongside of man (Ish-Heb.) God created woman (Ishah-Heb.) to be a helper fit for him, Genesis 2:20 because God saw in the creation that there was no suitable help mate.

(Adam) said, “This is now bone of my bones, and flesh of my flesh; she shall be called Woman (ishah),   Because she was taken out of Man (ish).” For this reason a man (ish) shall leave his father and his mother, and be joined to his wife (ishah); and they shall become one flesh. Genesis 2:23-24

THAT IS THE WAY OF GOD TO GIVE SIGNIFICANCE!

Yesterday’s topic:  via WHERE ARE YOU?

GOD comes down to have a relationship with us. He tells the man what the man already knows about himself. He has done something that he was not suppose to do. Guilt sets in, man hid from the ability of God to see him, embarrassed and he is exposed.

He is ashamed and naked…vulnerable to those around him.

GOD KNOWS AND HE SEES AND HE HEARS, AND GOD WANTS A RELATIONSHIP WITH YOU, AND HE WAITS FOR YOU TO RESPOND. DIAL 33-3…

YOU CAN CALL UPON GOD RIGHT NOW, AND HE WILL ANSWER YOU. JEREMIAH 33:3

WHERE ARE YOU? It is like the game Hide and Seek!

In the very beginning of time, there was a moment when God came down to spend time with His creation. God wanted to have a casual meeting with man walking with them, talking with them, and sharing the good things of life.

This is really important for many of us as we journey in life, because we find ourselves lonely. There are times we can only talk to ourselves. No one really cares about us.

Genesis 3:1-9 tells us that man was influenced by another being, to go against God’s desires. God has only good for us but sometimes, we are tempted to do bad for our own pleasures and desires. When we disobey, we have consequences that we will have to live with but we think it will be okay. 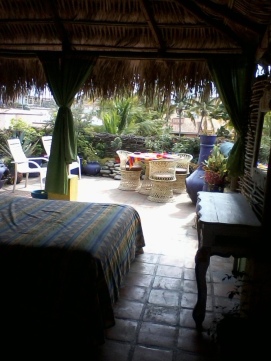 Disobedience caused man’s guilt and broke his relationship to God. God came down to continue the relationship, but discovered something was wrong.

God is walking in the garden in the cool of the day, and noticed that man was hiding. He calls out to man: Where are you Genesis 3:9 (ESV)?

You can choose right now to begin walking and talking with God…by simple asking Him to do so.  He is in the garden of your life, to connect with you in a relationship. All that is required of you is to ask Him right now.

You may have gotten away from your relationship with God and right now would be a great time to re-establish that relationship.      Where are you?      I AM RIGHT HERE!

Jesus was speaking to 5,000 men and realized the people had not eaten. The disciples found five loaves of bread and two fish to share (Mark 6:30-44).

Can you see what is about to happen….Jesus looks to His Father and blesses the food. He remembers I will give you more than enough for your needs and distributes the five loaves and two fish. And they all ate and were satisfied Mark 6:42 (ESV).

God’s Grace to you is that He knows what you need, and He will give you more than enough—an abundance to spare.

From NASA.gov pictures of space and the beauty all around us.

The beauty is all around us and yet we do not see it…we must seek and find…we must search out the pictures to see what is beyond. Thousands of pictures are available for your pleasure. You must search for them.

You may even see the Eye of God or the Hand of God.

There is a song Grace Greater Than Our Sin and the words of the song state: Grace that exceeds our sin and our guilt,…Freely bestowed on all who believe….will you this moment His Grace receive. Words by Julia H. Johnston (1849-1919).

God has given us the ability to have a relationship with Him.

For God so loved the world, that he gave his only Son, that whoever (anybody) believes, in him should not perish but have eternal life. For God did not send his Son into the world to condemn the world, but (God sent His Son) in order that the world might be saved through him John 3:16-17 (ESV). Simple but not easy for many to accept this free offer.

FOR THIS IS HOW GOD LOVES US!     HE WANTS US TO RESPOND TO HIS GRACE!

And I will give you a new heart, and a new spirit I will put within you. And I will remove the heart of stone from your flesh and give you a heart of flesh  Ezekiel 36:26 (ESV).

There are people you hear them talking, and immediately  you know their heart is like Rushmore…hard…petrified…unyielding…intolerant …and the list goes on.

When God does a transformation in us, we are changed, “like a new creation” and nothing like the old. Our heart is changed from stone to flesh.

A SIMPLE PRAYER:  Father, change my heart, create in me a new “heart of flesh” and remove the stone within me. Psalms 51:10

What would our Journey in Life be like if we learned from someone who had already been through some of the things we are going through? Stumbling around in the dark, and making decisions that are not encouraging can waste a lot of our life to have to repeat our actions. Let' help one another along the way.

The Art and Craft of Blogging

The latest news on WordPress.com and the WordPress community.

A daily selection of the best content published on WordPress, collected for you by humans who love to read.

The Art and Craft of Blogging

The latest news on WordPress.com and the WordPress community.

A daily selection of the best content published on WordPress, collected for you by humans who love to read.